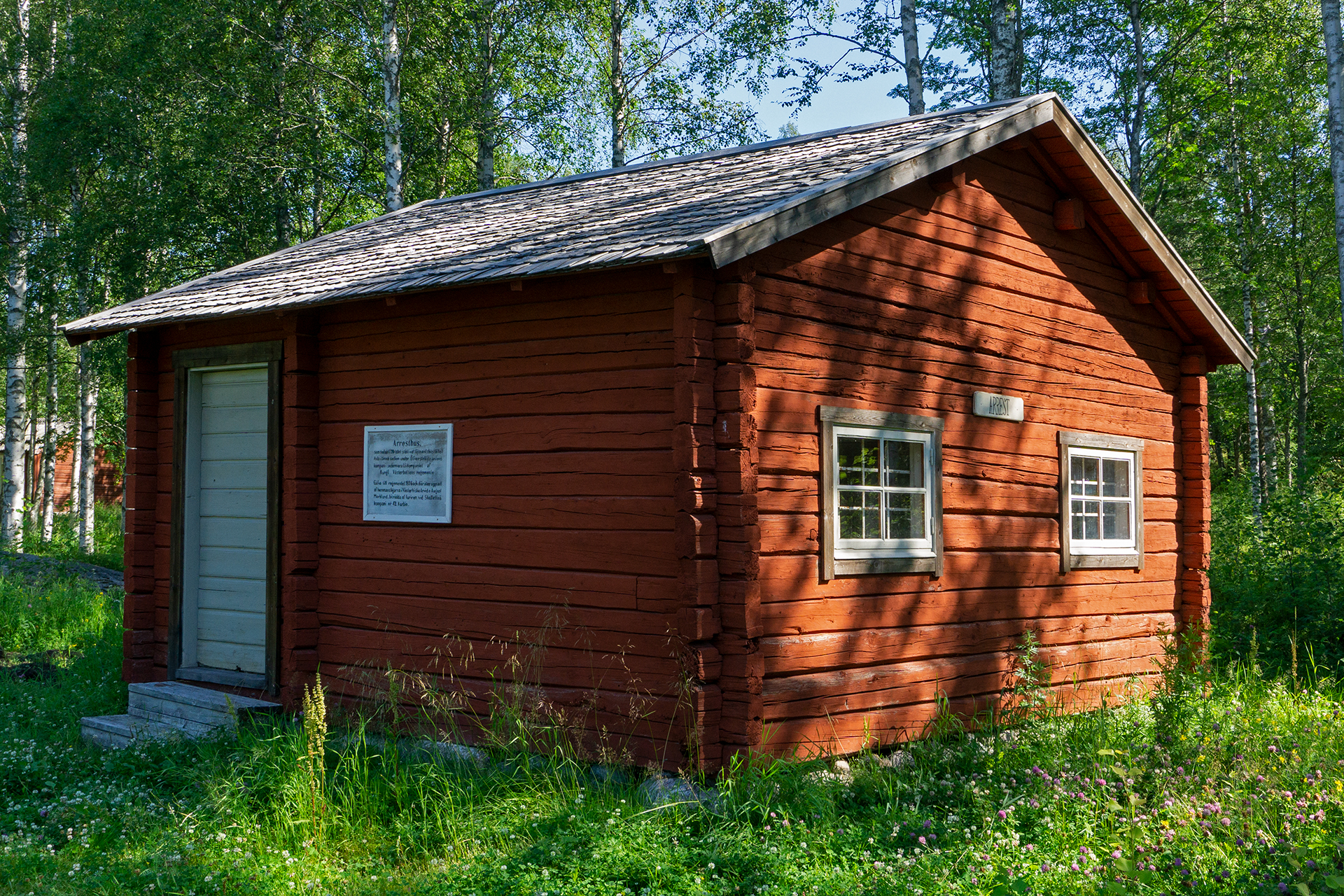 Tradition has it that the building was built in 1720 on the lieutenant’s quarters known as Axla in Västerhiske i Umeå. That seems implausible, however, since that property was first created in 1750. The jail has also been called the parish jail, which seems to make the military connection less likely.

Perhaps the building was first used as the parish jail before being used by the military. In the 1860s, the custody was renovated based on a design by the company commander Captain Johan Albert Linder.

The budget proposal from October 1864 was for 103 riksdaler and proposed a dark and a light jail beside each other and a stove “for heating”, another window “with iron bars and a hatch” and an “iron cross bar with lock” for the door.

In 1936, the jail house was donated by then owner of the Axla homestead to the Regiment Museum at I20 and moved to Gammlia in 2016.