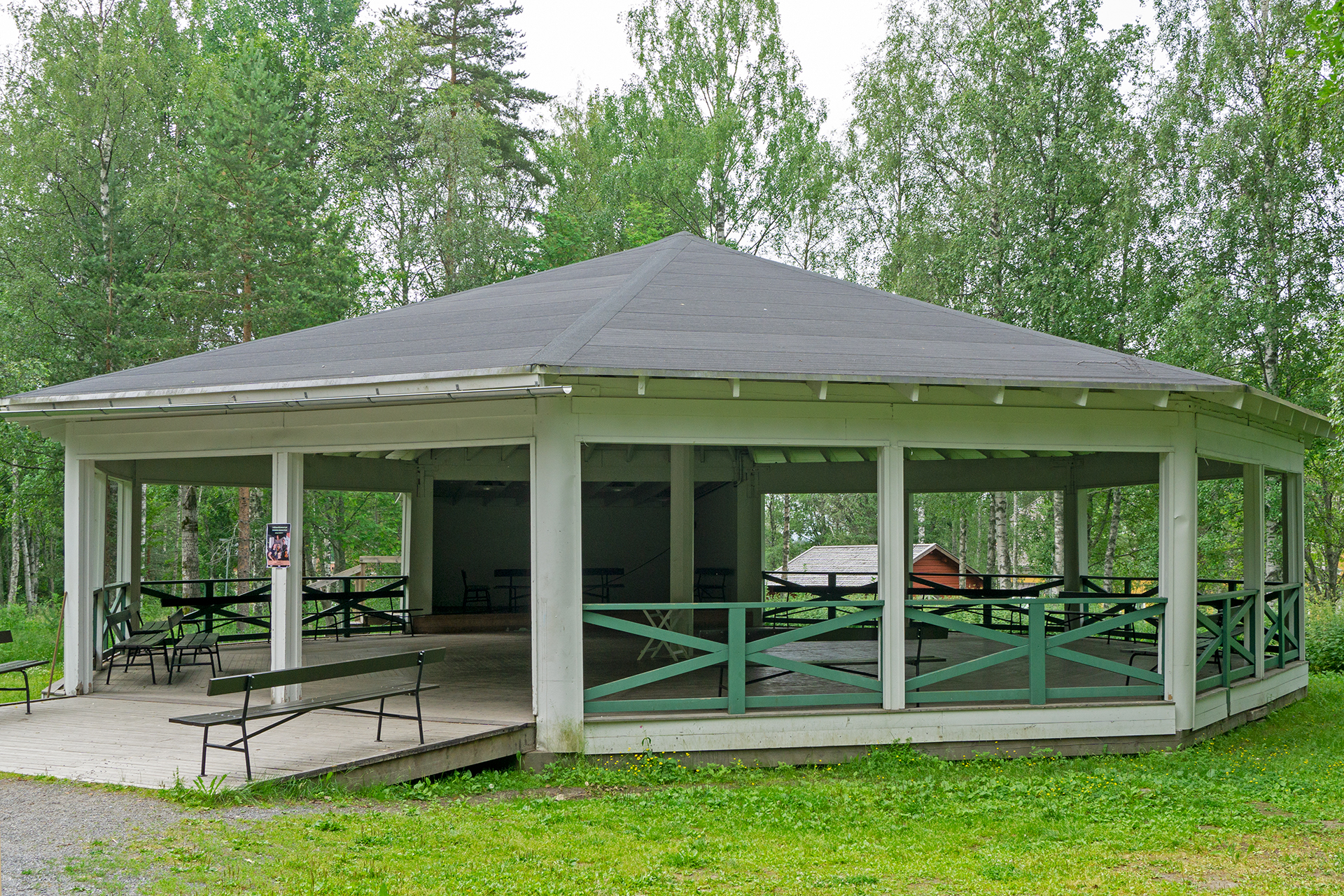 Gammlia’s dance pavilion was originally built in 1942 at Manhemborg’s fair grounds in Rundvik in Nordmaling municipality. The pavilion was actively used until the end of the 1980s, and its small stage has hosted many famous artists over the years. The sports club IFK Rundvik often organised dances and concerts.

After a few decades of disrepair, the pavilion was moved to Gammlia in 2013, where it is a popular meeting place in the summers.

Dance pavilions first appeared in Sweden with the rise of popular movements at the turn of the 20th century. They were built on fair grounds and in public parks where they became popular, especially among the youth.

Some critics argued that dancing was closely associated with ecstasy, lust and drunkenness. During the 1930s and 1940s, there were often discussions about the ill-effects of dance floors on the morals of youth.