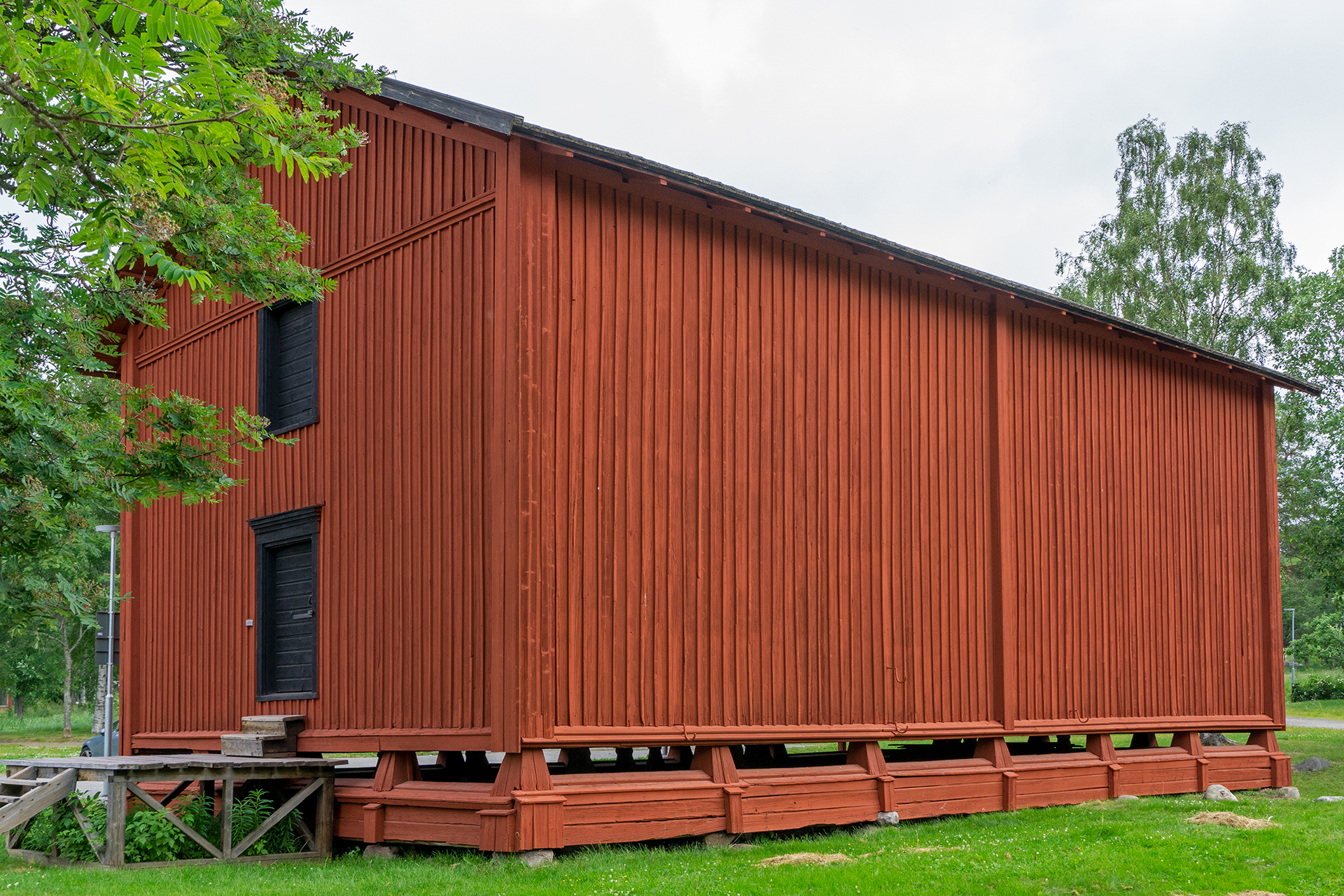 Gammlia’s magazine was built in Backen in Umeå and was first described during the second half of the 18th century as a livery stable where the Crown’s clothing and weapons were stored.

In the 1800s, the magazine was transferred to Umeå parish and became a parish magazine for grain storage. At this time, a double floor was added that was filled with dirt and rocks to keep thieves from stealing the grain by drilling a hole in the floor. It was placed on high stilts to keep pests out.

The building was given to the open-air museum and moved to Gammlia in 1940.

It is a two-storey log building on 35 log posts and corner stones. The red cladding was added at the end of the 1800s.