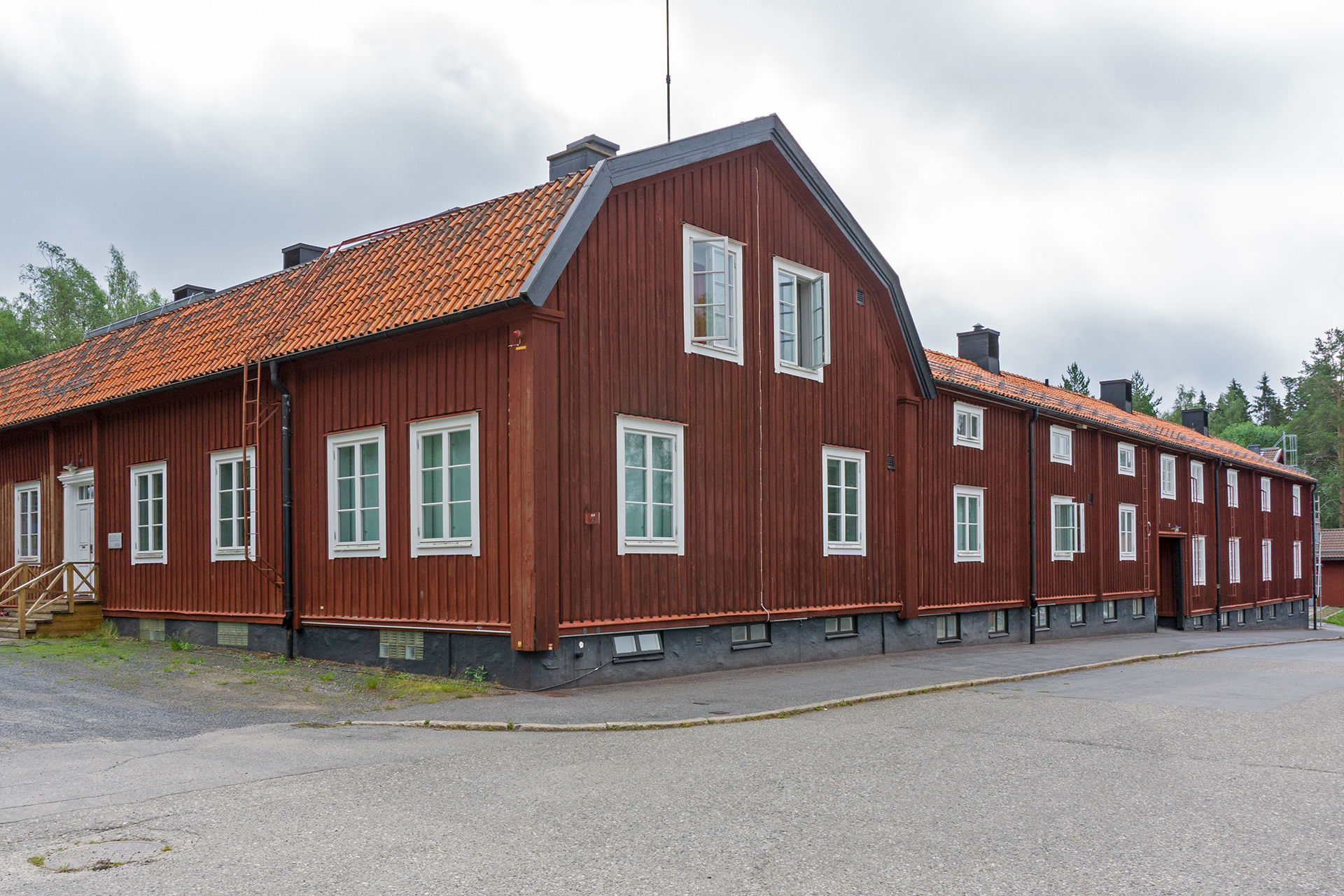 The town fire of 1888 destroyed much of Umeå east of the stream Renmarksbäcken. Hermanssonska house was just west of the stream at the northern foundation of the modern bridge Tegsbron. It was named for the furniture shop that opened in the building in 1906.

While planning Umeå’s first high rise, Thulehuset, for the spot, the city council decided to move the building to Gammlia. With the move, a competition was held to choose a new name for the building. Lars Färgares Gård was chosen, after the dyer [sw. färgare] Lars Nilsson Strandberg, whose business was located on the new location in the early 19th century.