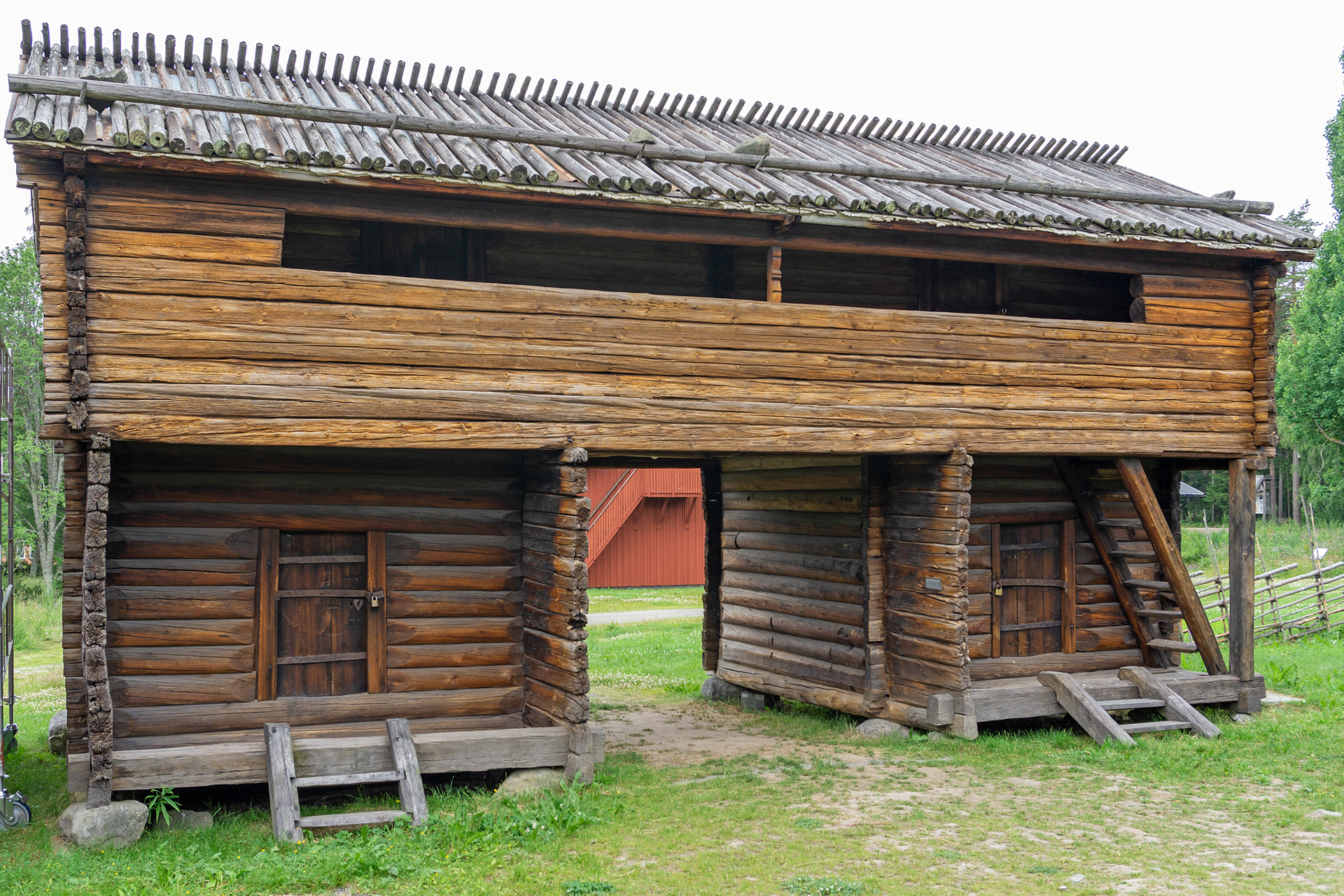 The passage of the gate house is the entrance to a closed four-sided yard. Originally there were doors on the gate. The two chambers inside the gateway on the upper floor served as summer bedrooms. The lower rooms on either side of the gate were storage rooms for grains, foodstuffs and tools. The year 1664 is carved into one of the beams, which makes the building one of Gammlia’s oldest.