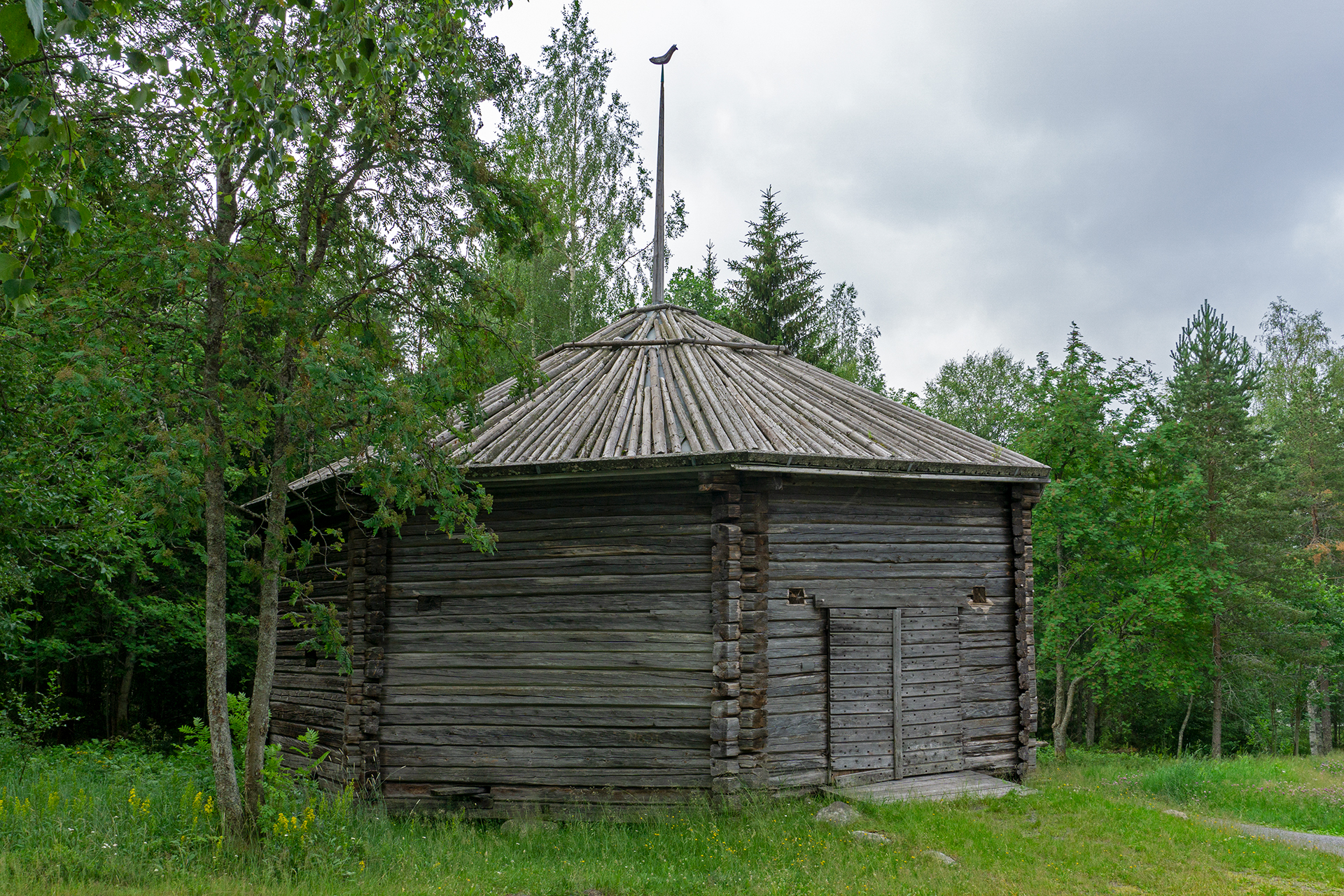 After the grains were harvested and dried, they were spread out on the floor of the barn to be threshed. Originally, mallets were used to knock the grains from the ears by hand. In the round barn, a rolling thresher was pulled by an animal in a circle in the building.

Eight-sided barns were common in the countryside along the Norrland coast in the 19th century. Gammlia’s round barn comes from Villvattnet in Burträsk parish.