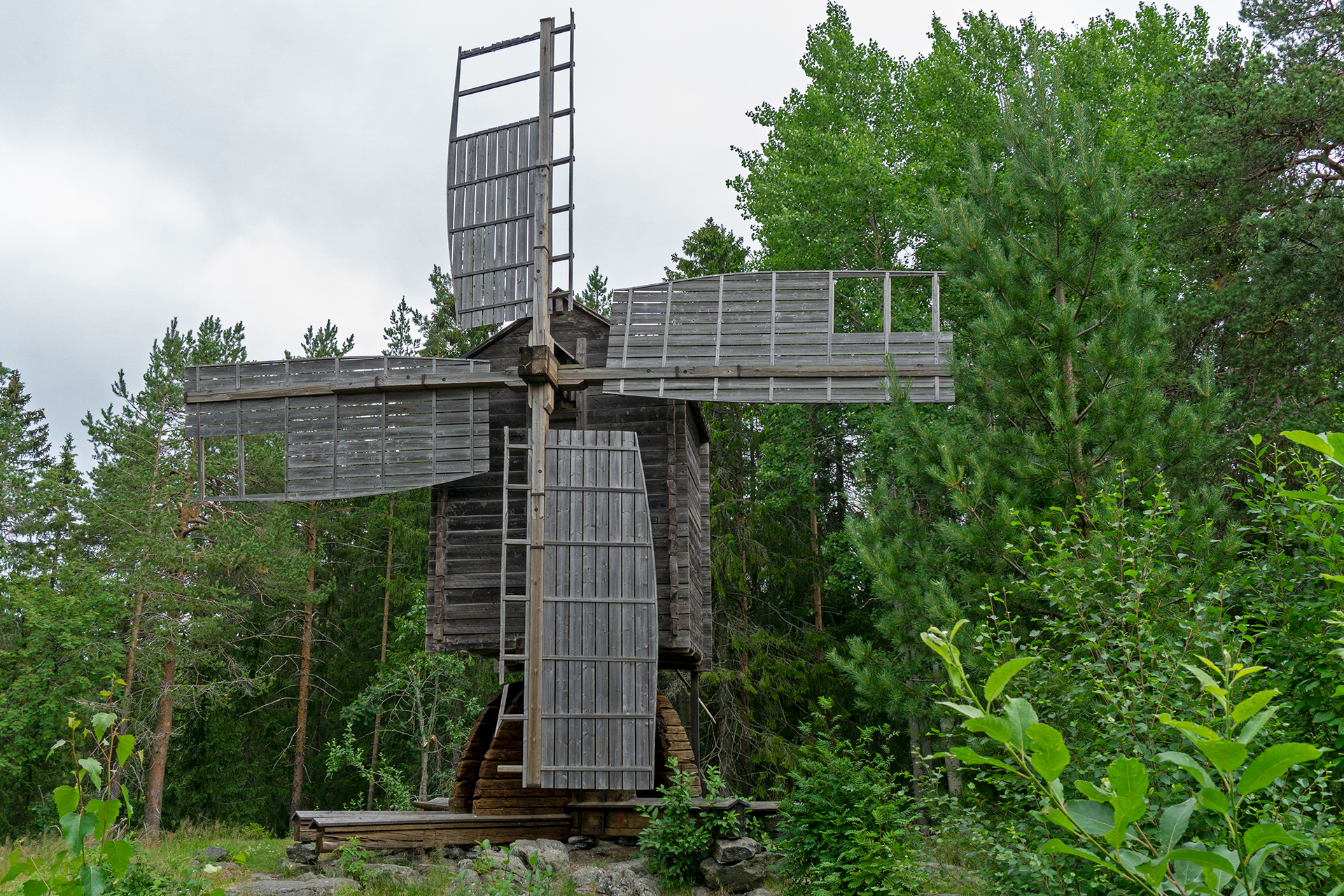 The wind is caught in the wings of the windmills, causing the horizontal axis to rotate, which, using a gear, causes the upper stone known as the runner stone to rotate against the lower, fixed stone, known as the bedstone, where the grains are milled.

Wind-powered mills were not very common in northern Sweden. Waterpower was the first choice. But windmills were built on the island of Holmön in the Northern Kvarken Straight, where the wind always blew.

One of these, a post mill built in the 18th century, was given to Gammlia in 1923, where it still stands.

Post mills are on a post of iron or stone, around which the entire mill is turned to capture as much wind as possible.