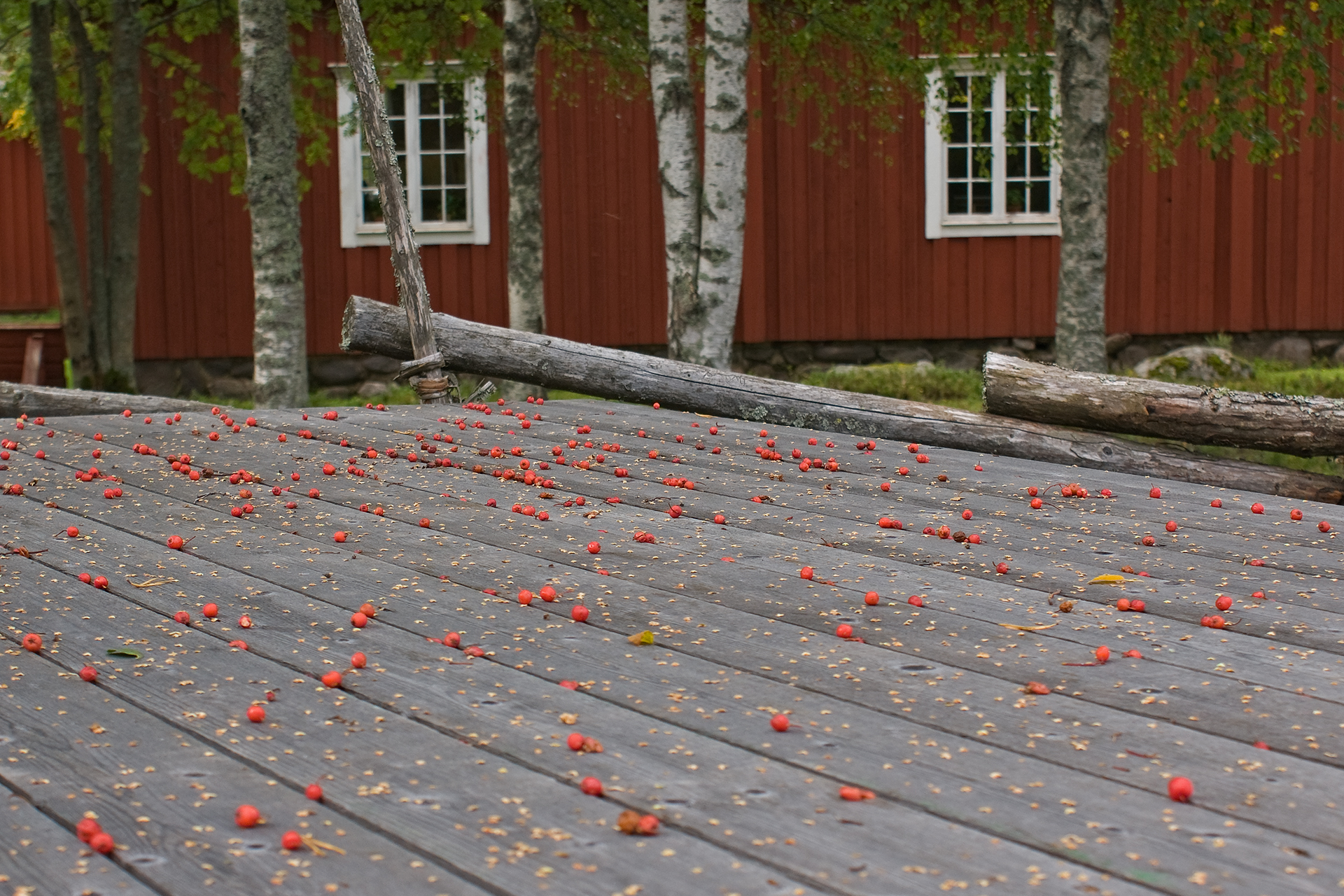 Gammlia open-air museum and folk park was inaugurated in Umeå in July 1921. There had been interest for several decades to preserve a culture that many felt was threatened with disappearing as industrialisation and urbanisation expanded throughout Sweden.

In learned communities, stories and legends were written down, everyday items were collected and settings were documented. Local heritage societies formed around this concern that the old ways, particularly those of traditional farming communities, would be lost and forgotten by the headlong dash for modernity.

Artur Hazelius was particularly important for preserving Swedish peasant culture. In the 1870s, he began collection efforts to save folk culture he feared was going extinct. He collected objects, folk music, stories, beliefs and literature which would later lead to the establishment of the Nordic Museum at Djurgården in Stockholm. His open-air museum, Skansen, was inaugurated in autumn 1891, next to where the Nordic Museum would open in 1907.

Skansen became the model for several open-air museums that were established in Swedish towns during the early 20th century, including in Umeå.

The Westerbotten County’s Southern Historic Society was formed in Umeå in 1885 at an initial meeting in the town hall. This eventually became the Västerbotten Heritage Society. Collecting began immediately. But much of what was collected in the first years went up in smoke on 25 June 1888, when the city of Umeå was destroyed in a large fire.

After the fire, collection of items slowed for a few years because of financial limitations. The tempo increased considerably, however, once the seminary adjunct Ferdinand Læstadius joined the effort in 1906. He was successful in sparking the interest of local residents in the society’s work, which resulted in both a more intense collection of items and better finances.

Læstadius envisioned a museum for the collection, a dream that involved moving the old manor home in Sävar to Umeå and using it for the museum. A permanent museum with its own facilities, however, would take many years to realize. The society’s collections moved around between buildings with varying degrees of appropriateness for exhibitions and collections. The manor home in Sävar was not forgotten…

Instead of a museum, the focus after Læstadius’s death in 1916 was to create a folk park with an open-air museum and sports grounds in Umeå. A committee was appointed in 1917 to find an appropriate place for such a facility. In December 1918, a “relatively spacious area around the old shooting range at Stadsliden” was reserved at the north-eastern edge of Umeå.

The park was to be located on a high spot with a view of the town and with the sports grounds at the bottom of the hill. In February 1919, Västerbotten County Heritage Society was formed with responsibility for making the facility a reality.

Enthusiastic members soon began working to collect buildings and objects and note customs and traditions for a Västerbotten open-air museum. A document from the same period notes that “the society’s purpose is to collect and preserve old Västerbotten culture, to spark a love of home community and to promote health and outdoor life.”

The question of health, both body and soul, was a major focus of the heritage society movement. The society’s first yearbook was published in 1920 and included the article “Each of us has a duty to maintain our health” by Dr. Knut Harald Giertz. At Gammlia’s opening the next summer, Giertz gave a speech on the same topic.

The heritage society held a competition to choose a name for the area. The winning suggestion was Gamli and was adapted to “Gammlia” – the old hill.

In 1920, the heritage society hired its first director, Ragnar Jirlow, to lead the work of collecting, cataloguing the collections already made and ensuring that buildings were transported to the area.

The first building moved to Gammlia was the manor home built in 1806 in Sävar, 20 kilometres north of Umeå, which Ferdinand Læstadius had dreamed of having as Umeå’s museum. The manor home, which was no longer used, was scheduled for demolition, but mill manager Carl Sahlin at the sawmill Sandviks Ångsågs AB, which owned the building, chose to donate it to the new open-air museum.

In the spring of 1921, it was delivered disassembled on 132 cartloads drawn by horses from Sävar to Umeå. Sävar Manor never served as a museum, but it has been used over the years in different ways and under different management as a restaurant.

In addition to Sävar Manor, Gammlia also had an open-air theatre during its opening summer in 1921. At its opening in July, a party was organised with singing, music, speeches and a theatre performance. The open-air theatre that was initially frequently use is long since gone, as is the bandstand built at Gammlia in 1929.

But many of the buildings that were moved to the open-air museum over the years remain, though perhaps not in their original locations. In the autumn 1921, the Gatehouse from Yttervik in Bureå arrived and the next year saw the arrival of the Jämteböle house, named after the village in Vännas where it was built.

Slowly but surely, the area was filled with buildings. Today there are over 30 large and small cabins, houses, camps and farms. Even in the planning stage of the open-air museum in the 1910s, two areas were noted as particularly important to preserve: the old farming society and Sami culture. The coastal farming culture stretching back to the mid-19th century is well represented at Gammlia. As time went on, other aspects of local life were added, including poor relief, the school, the church and town settings.

It would take nearly a century before Sami culture was included in the museum. As part of the EU project “The Northern Cultural Traditions”, three Sami camps were built in a part of the area still characterised by conifers. In March 2011, the entire Sami camp area was opened with newly built camps that were inspired by examples from Sapmi – South Sami, Forest Sami and North Sami camps.

These days, it is no longer self-evident that we move culturally and historically significant buildings and settings to museums. The Sami camps are a good example of a modern approach to cultural heritage. The latest additions to the open-air museum – the croft soldier home and the jail – were moved from their original sites but they came to Gammlia only after they had long been relocated to the Regiment Museum at I20 in Umeå.

According to the ideas about land management in the 1940s, the fairly thick pine forest originally covering the open-air museum area and seen around the Sami camps was not ideal. The area was cleared to create its current character in spite of some protests from Umeå residents, who liked the forest. This also created more natural surroundings for the farm, even if the large fields and tilled land of a typical farm were never recreated at Gammlia.

For many years, there were also animals at the farm. But not anymore, in part because of difficulty adhering to animal welfare regulations since the open-air museum’s buildings do not meet modern requirements.

Gammlia never became a folk park or festival grounds, but the public events organised for the opening in 1921 have continued in many different forms and contexts over the years. The Heritage Society arranged summer festivals for many years. There was also a period when Umeå’s annual Walpurgis celebration (Valborg) with bonfires was held at Gammlia, which may not have been particularly appropriate considering the risk of fires.

These days, when the pandemic is not an issue, Midsummer is celebrated at Gammlia, and the second Sunday of Advent hosts one of the countries most well-attended Christmas markets. Sami Week takes place in March, and there is a late summer folk music festival, sometimes combined with the autumn market. Crafts, traditions and building heritage have often been highlighted in the area in different ways.

During summer, different clubs arrange dances at the dance pavilion nearly every evening, and on Wednesdays classic car owners gather to show off their vehicles to visitors. 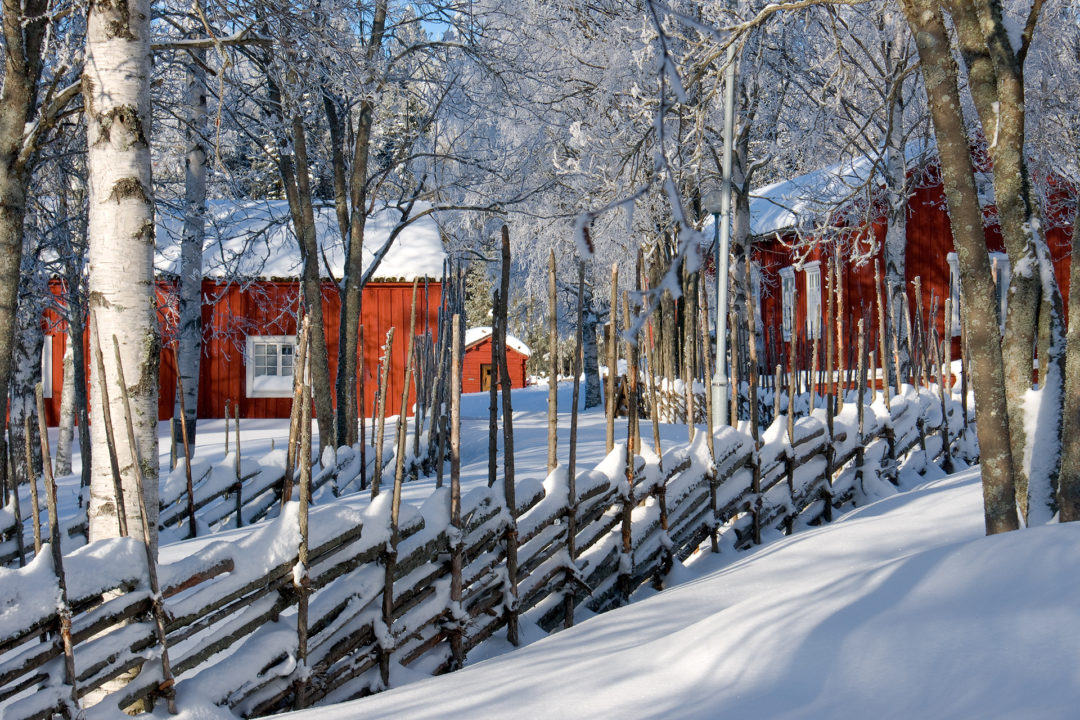