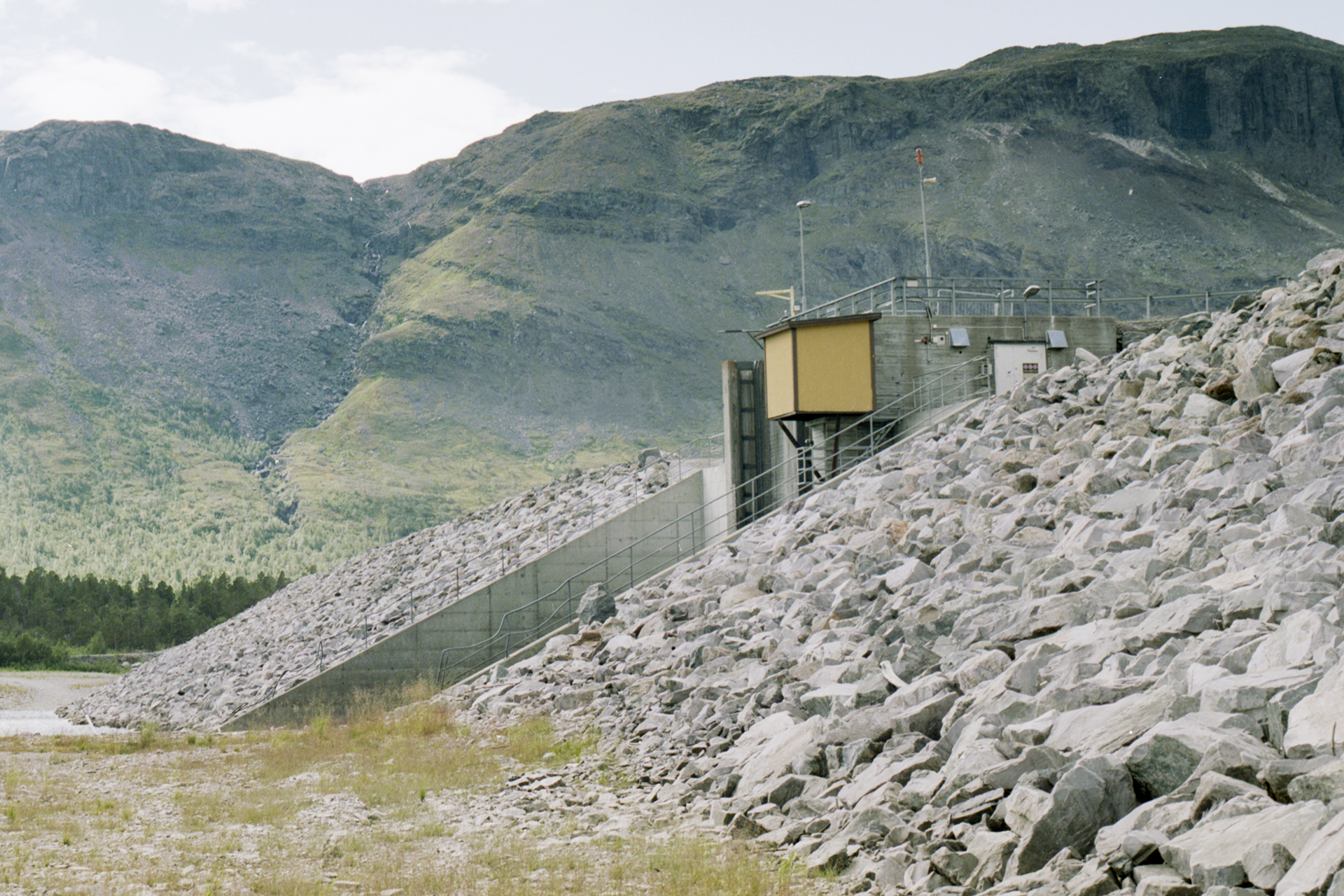 Around a hundred years have passed since large-scale hydropower was introduced to the Lule river. The Lule river is one of the first Swedish rivers to have been dammed, consequently altering the landscape. The spring floods disappeared, and valleys were drowned as dams were built.

Mia Rogersdotter has followed the river, north to south, east to west, from the mountains to its mouth in the Bothnian Bay. She surveys the landscape where the consequences from hydropower go hand in hand with the magnificent views of mountains and virgin forest that remains.

In July 2018, I drive from Luleå via Boden, Harads, Vuollerim, Jokkmokk, Porjus and thousands of villages towards Ritsem, Vaisaluokta and Áhkájávrre.

My mother has often described how her father always talked about how the damming of the Lule river was the biggest disappointment by the Social Democratic Party. They drove past Harsprånget and Porjus when they drove between Kiruna and Älvsbyn. The Porjus power station came first. I visit their museum and stand in the engine room.

Everything glistens in marble, and I reflect upon life 100 years ago, when all women stayed home with their washing and children. The men operated the machines, pressed the buttons, dug the holes in the ground. Electricity was a marvel. A gift from above. Then and now. It has sent us washing machines and coffee makers. Immersion blenders, trams and electric bikes.

The title The River explains that it is about ONE river but also all rivers. Perhaps this is thanks to one of the biggest questions of our time: Where will we obtain our electricity?