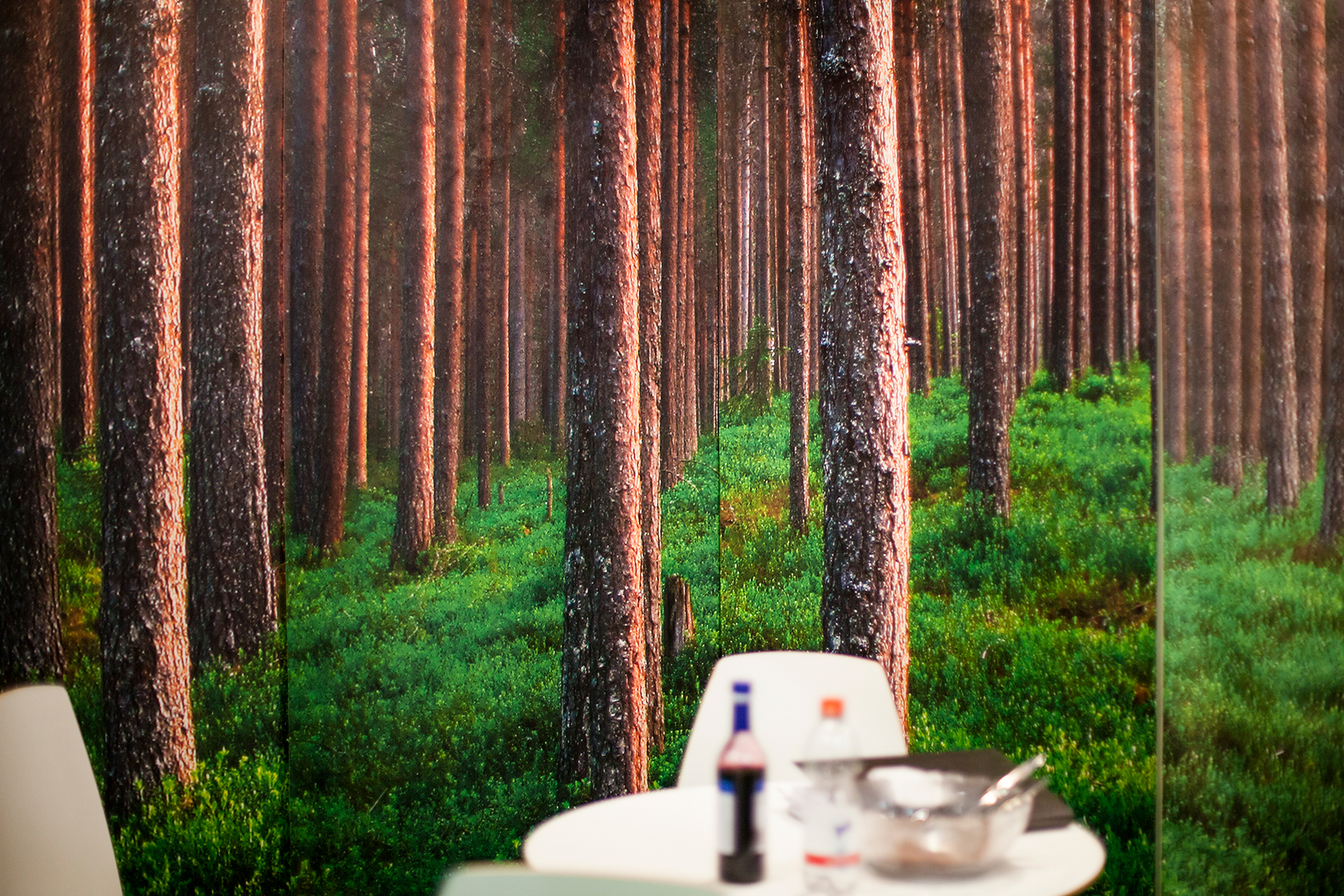 Drawing on a berry picker strike that took place in Umeå during the autumn of 2013 and the town of Fredrika – the berry-picking hub of Västerbotten county – Johannas Samuelsson, together with researchers and cultural geographers Aina Tollefsen and Madeleine Eriksson, has followed various leads in the wild berry industry both in Sweden and globally. Focus is upon the raw materials chain and the situation of the berry pickers, the discipline they are subjected to and the resistance they display.

Geographically, the project spans several locations: an abandoned recruitment office in the Thai province of Chiayaphum, a health fair in Frankfurt, evacuated accommodations in Brattby and industrial facilities in Balsjö.

Berry Seasons is a photographic exploration that Samuelsson began in 2012. Alongside his photography, he has written short essays about his fieldwork that he conducts either alone or together with the cultural geographers. They trace the movement of people and goods through different local impressions of global capitalism, and the work highlights the social and economic structures that comprehensively affect both the individual and society as a whole, and natural and ecological systems by extension.

It is a testimony of one region, its contemporary history and the web of global relationships we are always part of.