Hannah Modigh is educated at the Nordic School of Photography and the Royal Academy of Fine Arts. She has published five books, of which Hillbilly Heroin, Honey won The Swedish PhotoBook Award in 2010. Her photography focuses on the relationship between place and human, and she conveys emotions with a pictorial language where things cut below the surface, where great importance is given to the subtle. The suites have won awards and has been exhibited both in Sweden and internationally, including Gallery of Photography in Dublin, Das Münchner Stadtmuseum, Fotohof in Salzburg and La Fondation Calouste Gulbenkian in Paris. She is also represented at Moderna Museet in Stockholm. 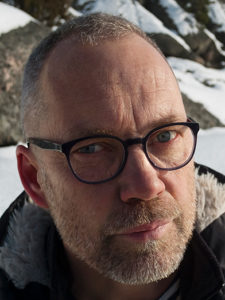 Jens Olof Lasthein is educated at the Nordic photography school 1989-92 and has worked as a freelance photographer since then, partly with his own projects and partly for various magazines. He has had more than 50 solo exhibitions around the world and published four photo books: Moments in Between about the 90s war in the Balkans, White Sea Black Sea about the borderland between Europe’s East and West, Home Among Black Hills with pictures from the coal and steel city Charleroi in Belgium, and Meanwhile Across the Mountain with pictures from the Caucasus. A recurring theme has been boundaries, internal and external, and the question around what they mean to people; in its ultimate consequence conflict and war. Jens currently has a five-year work scholarship from the Swedish Arts Council to carry out a project on European outposts. 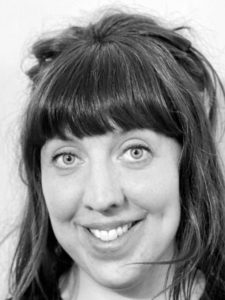 Josefine Furu is photo antiquarian at Västerbottens museum. Here she manages the museum’s photo archive, which consists of approximately eight million photographs, negatives and films in various formats. Josefine thus works with everything from older archive material, such as 20th century studio and rural photography with photographers like Hanna Bäckman and Robert Lundgren to contemporary, newly created material such as contemporary documentation and photographs given by the public. Josefine hopes that one day we will see museum collections with a larger width, where more individuals feel represented. 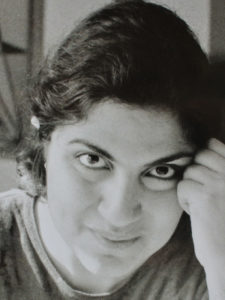 Maryam Adjam is an ethnographer, currently based as a post-doctoral researcher at Umeå University. Using imaginative ethnographical methodologies such as ethnographic poetics and visual anthropology she has been exploring the intersection between ethnography, photography and literature, focusing on practices of remembrance in relation to experiences of war and violence. Her current research project “The Heritage of the Missing” focuses on absence as concept in memory and heritage making. She is the author of Memory Traces (2017). 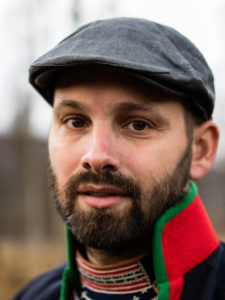 Oskar Östergren Njajta is a film producer, script writer and director based in Dearna/Tärnaby with education from Umeå University, Sámi allaskuvla and Nordens Dokumentärfilmskola Biskops-Arnö. Östergen Njajta was co-producer of the film Sami Blood and he is a co-owner of the production company Bautafilm AB. He is a board member of Sámi Filmbmabargiid Searvvi and Internásunála Sámi Filbmainstituhtta. Östergren Njajta is also founder of Dellie maa – Sápmi Indigenous Film & Art Festival and a project manager for the establishment of the new Sàmi cultural centre, Aejlies, in Dearna.