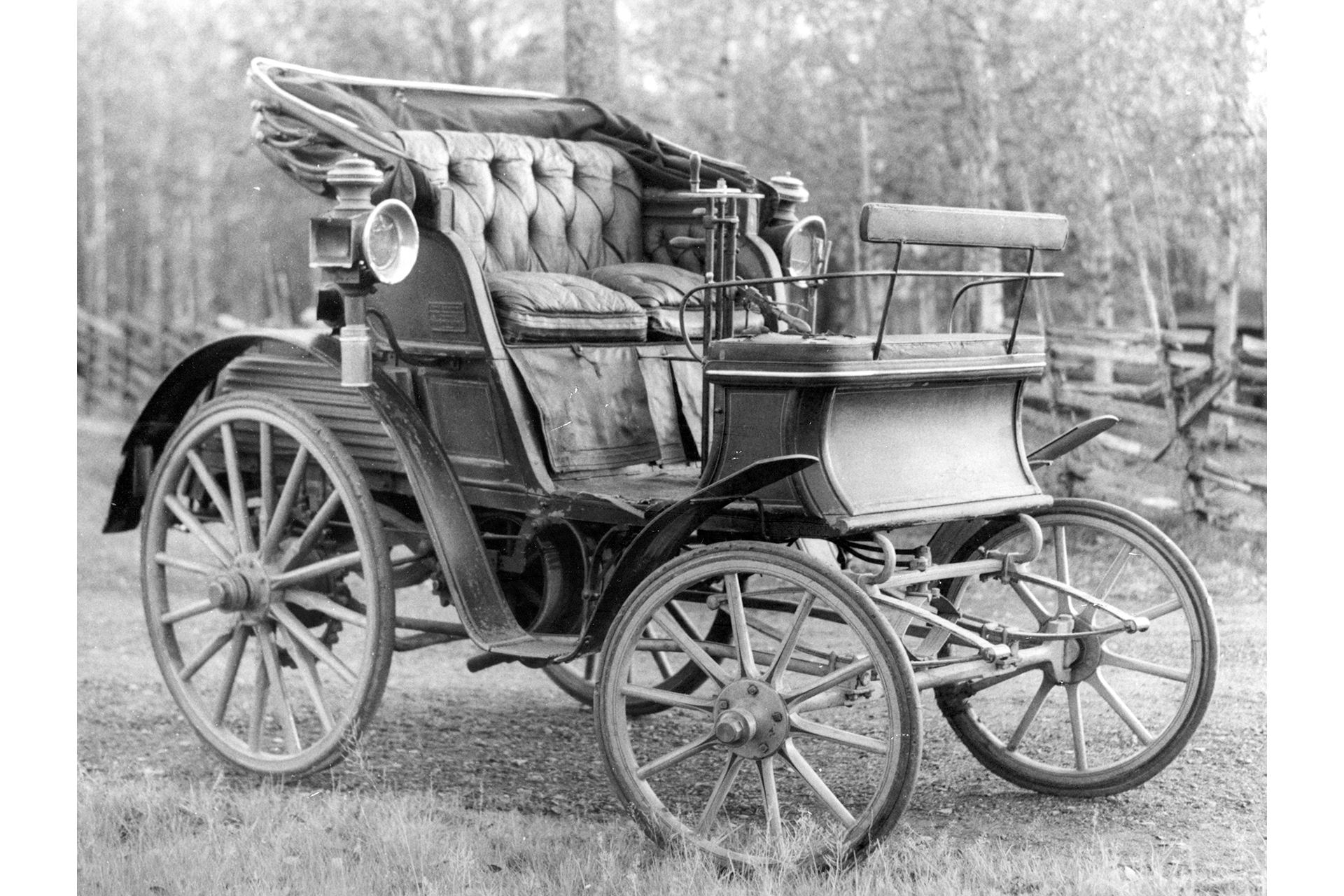 The first car owner in the county of Västerbotten was pharmacist Jon H:son Hedin in Lycksele. He purchased his Benz Viktoria in Stockholm in 1900 for SEK 5,000 in the hope of being able to travel between his pharmacies much more quickly than before.

The vehicle was transported by rail to Hällnäs, so that it could then be driven to Lycksele. This proved hard going as the wheels kept getting stuck in the gravel. The roads were not built for modern automobiles. The car then spent most of its time in the garage. In 1928 Hedin’s wife Ingeborg donated it to the county’s rural heritage society, which formed the basis for Västerbotten Museum’s collections.