20 October 2018 – 3 February 2019
Almost Perfect is a project in photography and film by the Nordic photographers collective Moment, in collaboration with curator Susanne Fessé. Six artists explore the polarized images of the Nordic countries in six individual photographic projects. Each project takes a starting point in one or more of the traits that we see as defining for the Nordic societies: equality, individualism, beauty and style, secularism, the welfare state and nature romanticism. The artists interpret their chosen theme in light of these key values to reflect contemporary realities in the Nordic countries.

The Moment photographers have, during their long-term collaboration, refined the ability to note changes and tendencies in the society where they work at an early stage. The group’s unique way of collaborating within the collective, together with its ability to raise important questions makes it possible to discern patterns and structures otherwise difficult to notice. This contributes to expand the understanding of the Nordic societies. 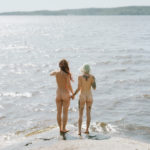 Elin Berge – Awakening
Awakening is an intimate documentation of a loosely compound, leaderless, and separatist spiritual awakening movement taking shape. Elin Berge has taken part in different kinds of spiritual women’s circles in Sweden, to capture its people and rituals from the inside. The work opens up to a dialogue about religion and belief in secular Sweden and our specific approach to individualism and independence. Furthermore, it deals with questions on gender equality and the sisterhood rising all over the world at the moment, most recently the #metoo movement on social media. 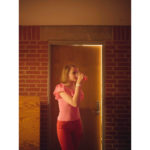 Marie Hald – Beginning of the Party
Alcohol traditionally plays an essential role in many different settings in the Danish society. Beginning to drink can be seen as a rite of passage into adult life. In Denmark numerous activities and parties are arranged by parents with the purpose of sending young boys and girls into the part of their lives where alcohol is a normal setting for every social event. Marie Hald focuses on the Danish phenomenon of »Halfest« (»Gym Party«) – a discotheque hosted by adults and a common place for a Danish children to have their first experience with alcohol. 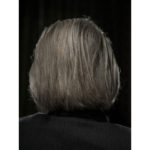 Chris Maluszynski – Framgångsfrisyr
Appearance is an important element of the Nordic success story. »Framgångsfrisyr« meaning roughly »The hairstyle of success«, is a Swedish term sometimes jokingly used to describe hairstyles with an element of combing the hair back prevalent among power circles such as royalty, nobility, the business elite, various celebrities and media personalities. Taking a lighthearted approach, the project explores serious questions of how style, vanity, masculinity, power and success are expressed in personal appearance and contribute to define (national) identity. 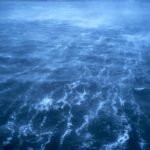 Eivind H Natvig- In One Hundred Years All Is Forgotten
The concept of the future feels abstract. Even as we discover the impact of past sins, most of us live with little regard of what negligence will be harvested by future generations. The Lofoten Archipelago is a stunning place of natural beauty and a unique region for fish, birds and mammals alike. But there is also oil. The debate about drilling for oil has been a hot topic for years. This vulnerable region is already suffering from copious amounts of ocean plastic, heavy metals in the animals living there and an influx of tourists far beyond both human and natural capacity. Eivind H. Natvig’s project documents the contemporary footprints of an ever-expanding humanity in the pristine arctic landscapes. Thus pinpointing not only a local, but a regional and global environmental issue. 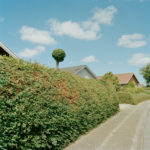 Knut Egil Wang – Jante
The ideal of equality is key to explain why the Scandinavian countries have less social problems and are often regarded the best countries to live in. Being equal means not standing out from the crowd too much. The Law of Jante is a great tool to limit individual growth and achievement. Individual success becomes something unworthy, even inappropriate. It is everywhere to be found. But nowhere to be seen. Knut Egil Wang went to Nykøbing-Mors in search of Jante. 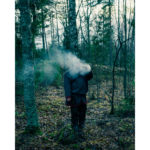 Juuso Westerlund – Children of Paradise
The welfare state based on social democracy is perhaps the most famous of the key elements of the Nordic model. Westerlund, who himself is a product of a time when this was the only ide­o­logy agreed on, witnesses how this no longer applies today. In his project he finds and portrays people who do not agree, or even despise these ideas, who either swear in the name of a neoliberal agenda or for some other strong belief and want to disassemble the welfare state that they themselves are products of.

Elin Berge (b 1978) is educated at Nordens Fotoskola, Sweden. Her work has been exhibited extensively including solo shows at institutions such as Hasselblad Foundation, Latvian Museum of Photography and Perspektivet Museum in Tromsø. Her work has been supported by the Swedish Arts Grants Committee, the Swedish Authors Fund and many others. She has released three monographs: Slöjor (2009), Drottninglandet (2009) and Kungariket (2015), as well as the documentary film »Drottninglandet« (2015).

Marie Hald (b 1987) lives and works in Copenhagen, Denmark. She graduated with a BA in photojournalism at The Danish School of Media and Journalism. Hald has won a World Press Photo Award, The Danish Picture of the Year and many other international prizes for her long term project documenting the life of a danish mother working in the sex industry. Hald has exhibited at museums such as Haus der Photographie der Deichtorhallen in Hamburg and Nobel’s Peace Center in Oslo. She exhibited her solo exhibition »A New Me« 2018 at Fotografiska, The Swedish Museum of Photography.

Chris Maluszynski (b 1975) graduated from the University of Linköping with an MA in Art History and Visual Communication. After building a career as a photojournalist in Sweden, later in the United States, Norway, and most recently the UK, he is now focusing on personal projects. His first monograph Systrar was published in 2003. His work has been published and exhibited worldwide.

Eivind H. Natvig (b 1978) has received numerous grants to support his work from the Fritt Ord Foundation, Arts Council Norway and others. His work has been exhibited at institutions as Deichtorhallen, Fondation Gulbenkian, Trondheim Art Museum, Perspektivet Museum, Nobels Peace Center as well as shown at festivals and venues worldwide. The monograph You Are Here Now was released on Tartaruga Press in 2014. He moved to the Lofoten archipelago in 2012 to focus on long-term projects at home.

Knut Egil Wang (b 1974) , graduated with a Bachelor degree in Photojournalism from Oslo and Akershus University College of Applied Sciences in 1997. His first monograph Traktorland was published in 2008, while Southbound came out in 2014. He has received several major grants from Fritt Ord Foundation in Norway and most recently from Pulitzer Center on Crisis Reporting in the US.

Juuso Westerlund (b 1975) fulfilled the Bachelor Degree in Photography at Turku Arts Academy 1997–2001, Finland. After Turku he completed the Masters of Arts degree in Photography in 2001–07 at the University of Art and Design in Helsinki (UIAH). Westerlund has taken part in a number of national and international art and photography shows and has also held a number of solo exhibitions. His first monograph Karaoke Nation was published in 2008. His project »Jackpot« has been exhibited in 5 European cities starting  in January 2017 at Robert Capa Contemporary Photography Center in Budapest in January 2017 and ending in Bratislava in November 2017.