Nic Langendoen was born in 1944 and raised in the Netherlands. After a voluntarily abbreviated education at the art academy in Rotterdam and military service in the former Dutch colony of Suriname, he came to Sweden in 1966. The countryside of northern Sweden, which he has described as both virginal and wild, drew him northwards. It continues to fascinate him, keeping him here over the years and continuing to make an impression on his art. A completely different environment that also, perhaps more unconsciously, left its mark on Nic Langendoen’s art is the rainforest in Suriname, where he served in the military. 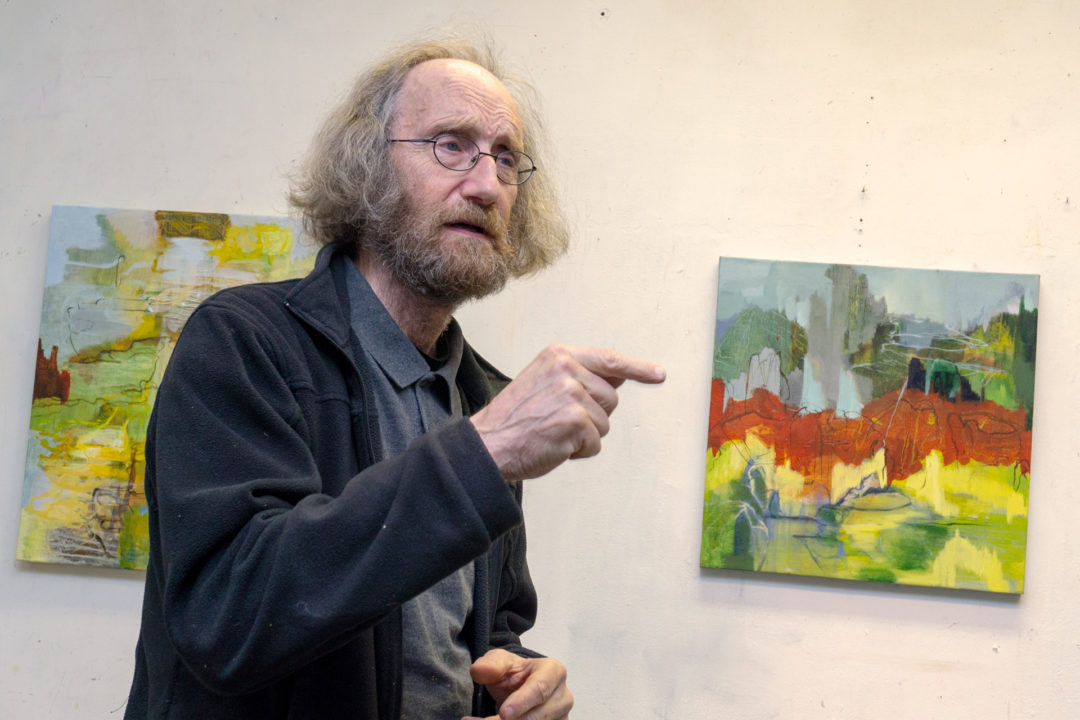